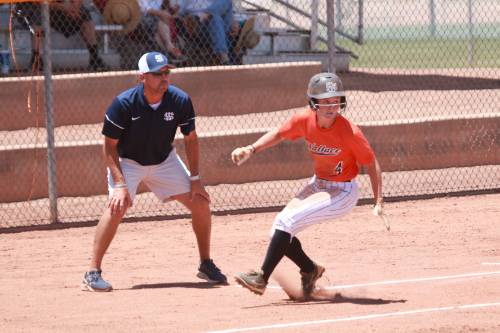 Wallace State coach A.J. Daugherty holds up Jaiden Farnetti on a base hit.

Wallace State, seeded third, rebounded with a convincing victory after losing in the opening round, 7-5, to Paris Junior College on Tuesday night.

Kirby, a Pisgah native and the ACCC Pitcher of the Year, lifted the Lions with a gem, recording 10 strikeouts and scattering one run on five hits.

Olivia Ball gave Wallace State (55-3) an early 1-0 edge with a solo homer in the second inning. Harper Niblett’s sacrifice fly in the third made it 2-0.

Sixth-seeded Butler registered its lone run in the bottom of the third.

The Lions pulled away with a four-run fifth inning, highlighted by Brake’s pinch-hit, two-run homer.

In the Lions’ opener on Tuesday, Benton had a three-run homer. Niblett finished with a pair of hits, including a two-run double, and Frame added two singles and a run scored. Abbie Waters contributed a double. 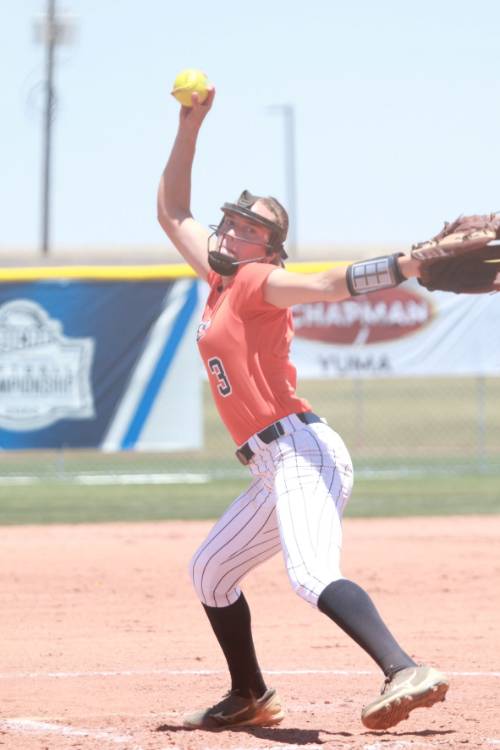 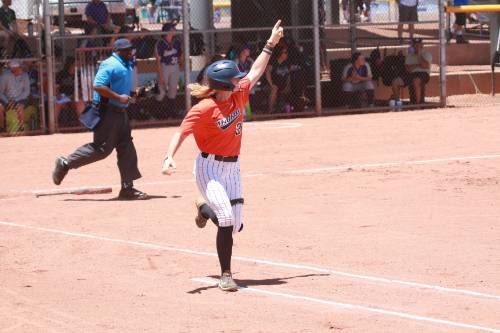