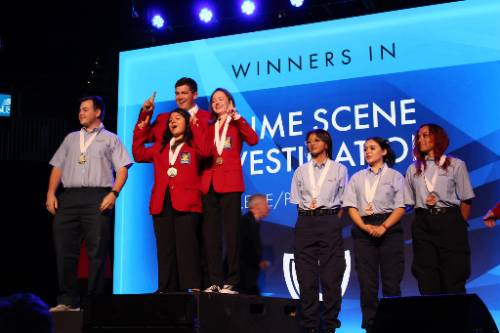 HANCEVILLE, ALA. – Wallace State Community College had 13 students earn a medal, including three teams to win a gold, at the 2022 SkillsUSA National Leadership and Skills Conference competition recently held in Atlanta.

Camden Davis and Juddson Raia in Robotics and Automation Technology.

“I’m very proud of the students who competed at the SkillsUSA Nationals event this year. To win gold in three events, one in silver and two in bronze speaks to the quality of students and instruction we have at Wallace State,” said Wes Rakestraw, Wallace State’s Dean of Applied Technologies. “SkillsUSA provides a great opportunity for our students to compete and showcase their talent and skill. We made the most of that opportunity this year.”

Each Wallace State winner at the national level was a gold winner at the state SkillsUSA competition, which was held last month in Birmingham. The college set a record with 33 gold medals, among the 50 won at state.

Wallace State’s Criminal Justice Department was on the cusp of winning a national gold medal last year and in 2019. Aguliar, Fletcher and Maddox helped the Crime Scene Investigation team break through. Aguilar is from Boaz, Fletcher is from Cullman and Maddox from Hartselle.

“While the individuals change, our students have worked hard for seven years to earn a national gold medal. This group pulled it off, and I’m so thrilled for them. They’re awesome people to be around. They respect each other and pull for each other, and that makes it even more gratifying,” said Dr. Thea Hall, Criminal Justice Department Chair. “There’s no way to describe the joy on their faces when the names were announced.”

Among the tasks to complete at nationals, the Crime Scene Investigation team had to observe a crime scene lab, presenting three interpretations, matching and dusting fingerprints, analyzing a skull entry and exit wound, conducting a DNA blood swab and more.

Mobile Robotics Technology teams had to put together an engineering notebook and explain the design, programming and functionality of a robot in addition to earning points for programming and driving skills.

“It speaks volumes that our students have the desire to excel. The entire process is hard work. It takes months of practice and dedication to be successful at the state and national levels, and our students embrace it,” said Terry Ayers, Wallace State’s Computer Science Chairperson.

In Robotics and Automation Technology, Davis and Raia are recent graduates of Wallace State’s Mechantronics program. Both participated in the Alabama Federation for Advanced Manufacturing Education (FAME) program at Wallace State, allowing them work at Kamtek in Birmingham, while also completing their degrees. They both maintained employment at Kamtek. Davis is from Shelby and Raia from Columbiana.

“It was a great day for all the gold medal winners across campus. I believe the on-the-job experience that Camden and Juddson have received benefited them through the SkillsUSA process. Their work as industry apprentices enhanced their experience and knowledge,” said Jerry Murcks, Wallace State’s Mechatronics Instructor and Chair.

For the silver-winning team in Robotics: Urban Search and Rescue, Brown is from Birmingham and West from Eva.

For the bronze-winning team in Automated Manufacturing Technology, Combs and Edge are both from Cullman and Wiley is from Warrior.

Dewald is from Arab. 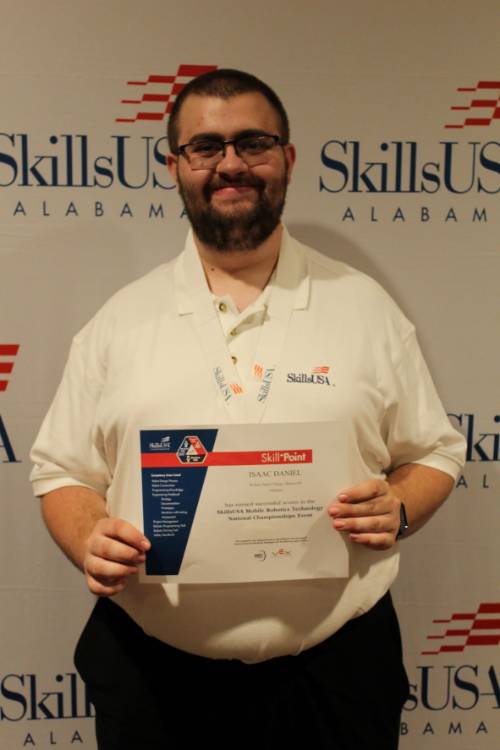 Isaac Daniel and Paige Hollis (not pictured) teamed up to win a gold in Mobile Robotics Technology. 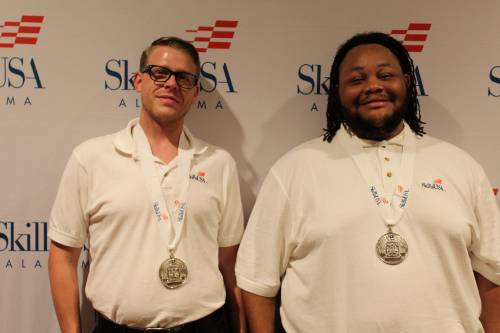 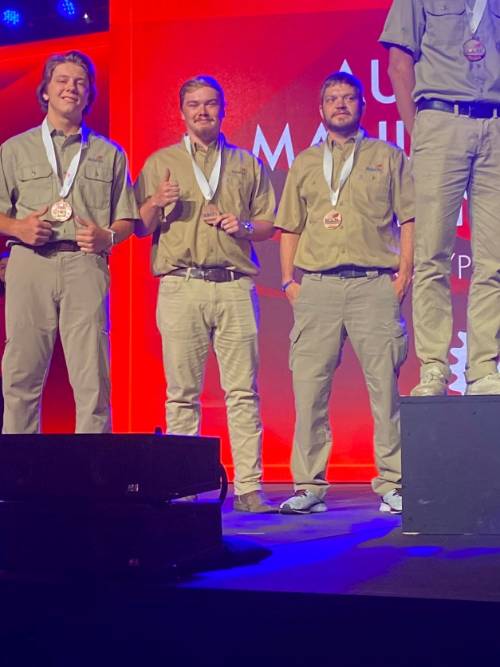 From left, Grant Wiley, Oliver Edge and Robert Combs teamed up to win a bronze in Automated Manufacturing Technology. 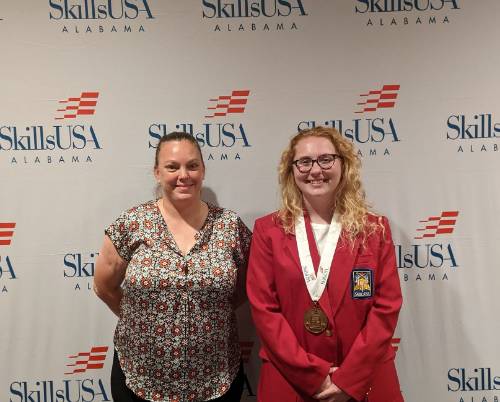