Daisy Manasco, a sophomore from Fairview, spikes the ball during the Wallace State volleyball team’s first home game of the season against Gadsden State. Manasco recorded 12 kills and 20 digs during the game.

The Lions are 7-2 overall and 2-0 in Alabama Community College Conference play. They recently returned from games out West, where they notched wins against Dawson Community College, Rocky Mountain JV and Carrol College JV, while taking a couple of losses from Northwest College.

Coach Randy Daniel, who is beginning his 16th season at Wallace State, said the team worked through some opening-game jitters but rebounded. “They ended up playing much better and more consistent,” he said. “I was proud of the way they responded and played harder each time. The scores reflect that.”

In the final game against Wallace-Selma, Weber led in points with 16.5 attributed to 13 kills, three digs and a service ace. Allen followed with 12 points from 12 kills. Hutto and Wakefield came through with 13 and 12 assists, respectively. Moree McDonald, a freshman from Arab High School, led in digs with 11, followed by nine from Chloe Shadden, a sophomore from Brewer High School, and six from Gracie Barksdale, a freshman from Cullman High School.

The Lions are the defending Alabama Community College Conference champions, having earned their 12th title in 13 seasons last year and made their 20th appearance at the National Junior College Athletic Association (NJCAA) National Championship.

The Lions next play at home today, Friday, Sept. 2, against Andrew College out of Georgia and Coastal Alabama South. Matches start at 2:30 p.m. and 5 p.m., respectively. Another set of home games are scheduled for Sept. 7 against Lawson State and Bevill State, with games starting at 5 p.m.

Visit www.wallacestate.edu/athletics for schedules and more information about the Wallace State teams. 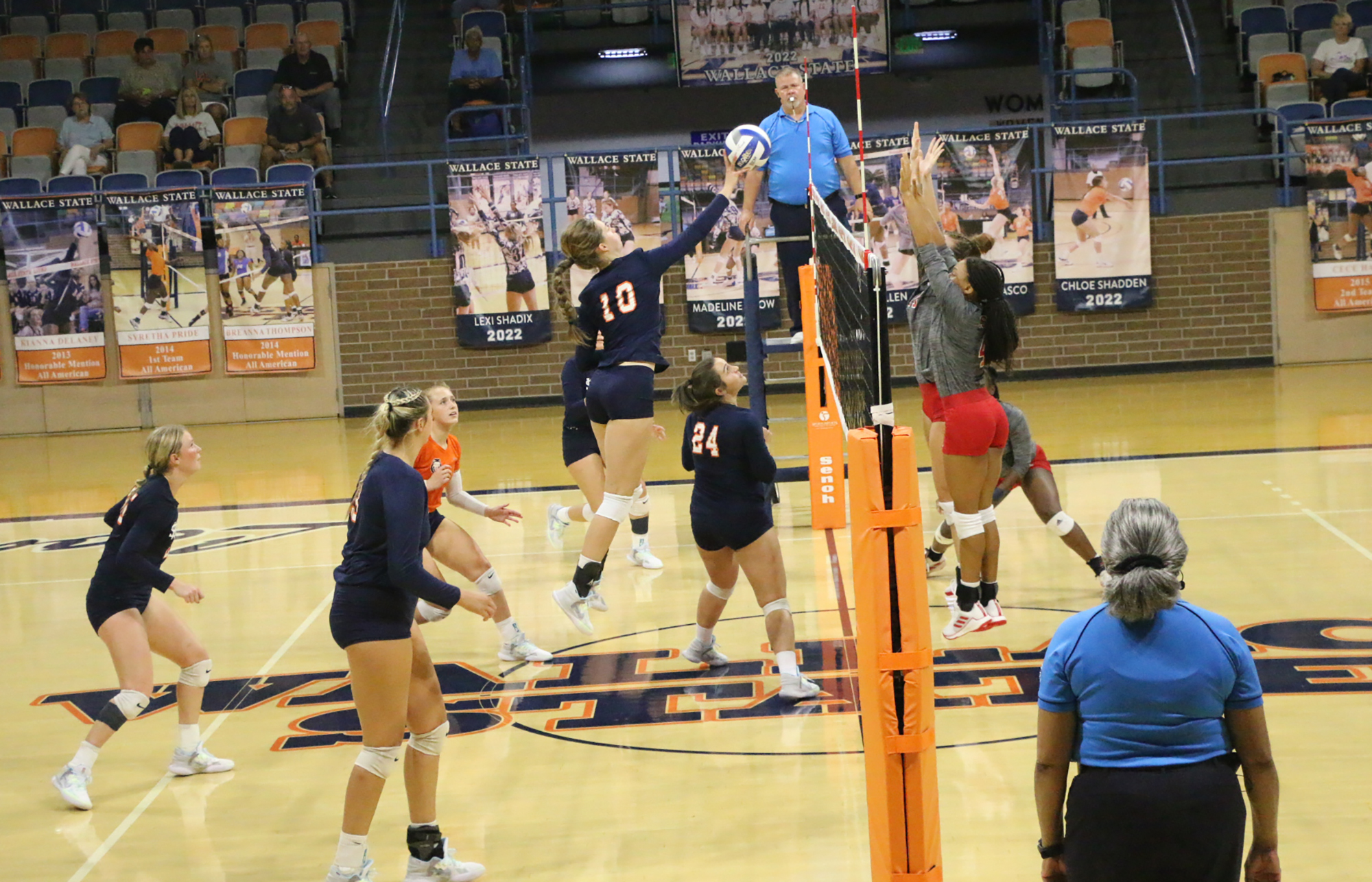