Hanceville, AL — The Wallace State Future Foundation held its annual Student Investment Luncheon and Auction Thursday, raising more than $300,000 towards providing a better future for Wallace State Community College students thanks to the record number of supporters in attendance.

“It’s not easy being a college student,” said Future Foundation President Bill St. John. “It takes commitment, time, a lot of hard work and money. There are lots of hurdles that must be cleared. There are many who have the drive and are willing to put in the work who might not quite be able to afford the time away from a job or maybe just the money to buy gas. That’s where the Future Foundation comes in. We try to help as many of those committed students as possible.

“Over the last decade the Foundation has awarded over $2 million dollars in scholarships to over 3,000 deserving students,” St. John added. “This year alone we awarded over $410,000 to a record number 249 students.”

St. John said he is proud to serve on the Foundation board and be a supporter of the college like the nearly 600 seated in Traditions Bank Arena at Tom Drake Coliseum.

“Y’all keep coming back and keep supporting the students, keep showing up and buying auction items,” he said. “I don’t think you’re here for the lunch. I know you’re not here for the speech. You know that the graduates of this institution are the lifeblood of our community. You know that they are the energy that drives us all forward. Thank you for being here again and thank you for bringing your wallet. Give yourself a big pat on the back and when you go in almost any business in this county, look around and know that you’ve helped someone who matters to be there.” 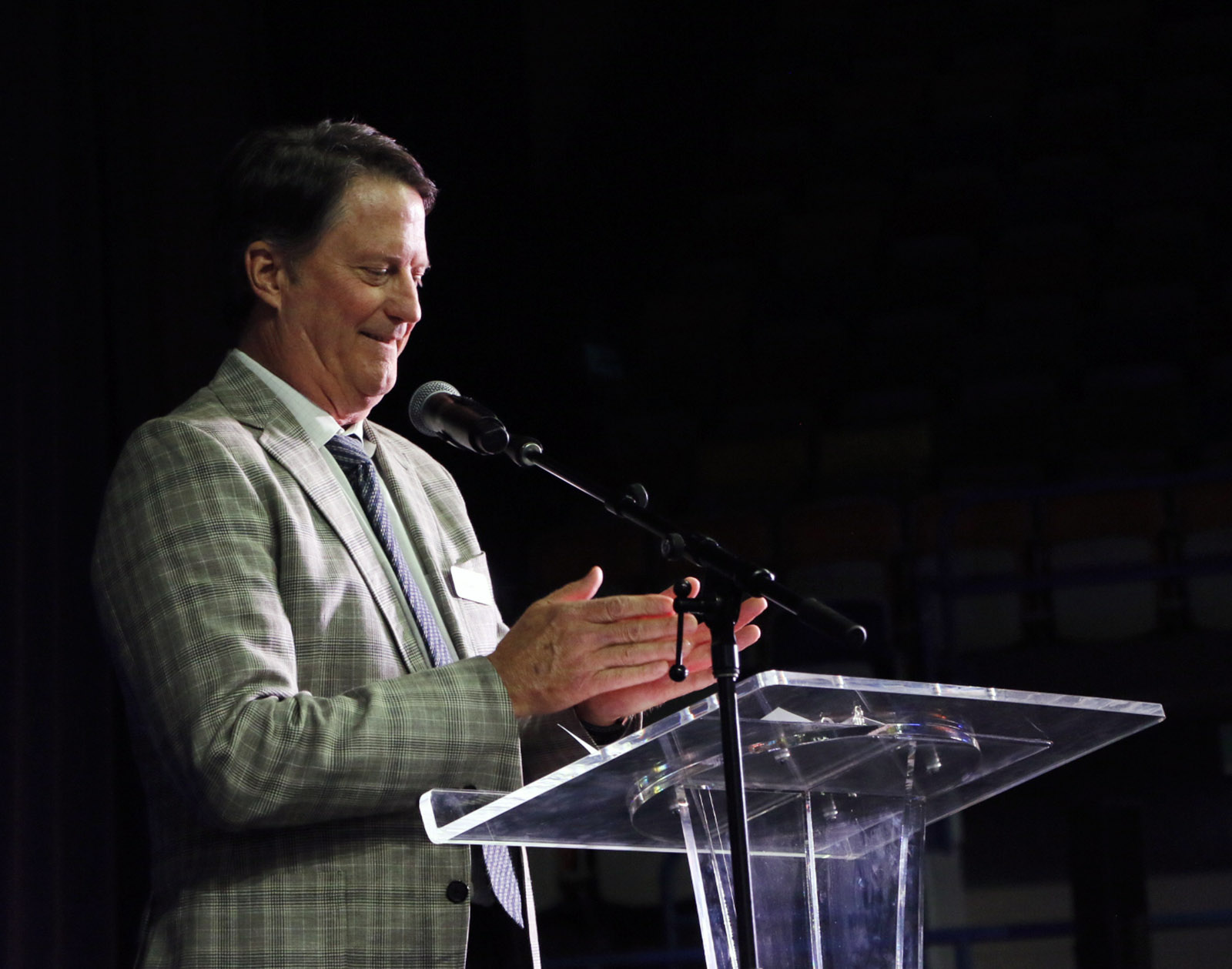 Bill St. John, President of the Wallace State Future Foundation Board of Directors, addresses the record number of supporters in attendance for the annual Student Investment Luncheon & Auction.

Before announcing the total amount of money raised through sponsorships, donations and the live and silent auctions, Suzanne Harbin, WSCC Vice President for Advancement and Innovation named around three dozen new scholarships established in the last 12 months. Of those, more than 30 are endowed at $25,000 or more. The new scholarships include:

The Wallace State Future Foundation is the steward of more than 150 separate scholarships, which help students in various ways, from providing money for gas and food, and textbooks, to full scholarships covering tuition and fees.

For more information about the Future Foundation, see a list of scholarships or donate, visit www.wsccfuturefoundation.org or call 256.352.7808. 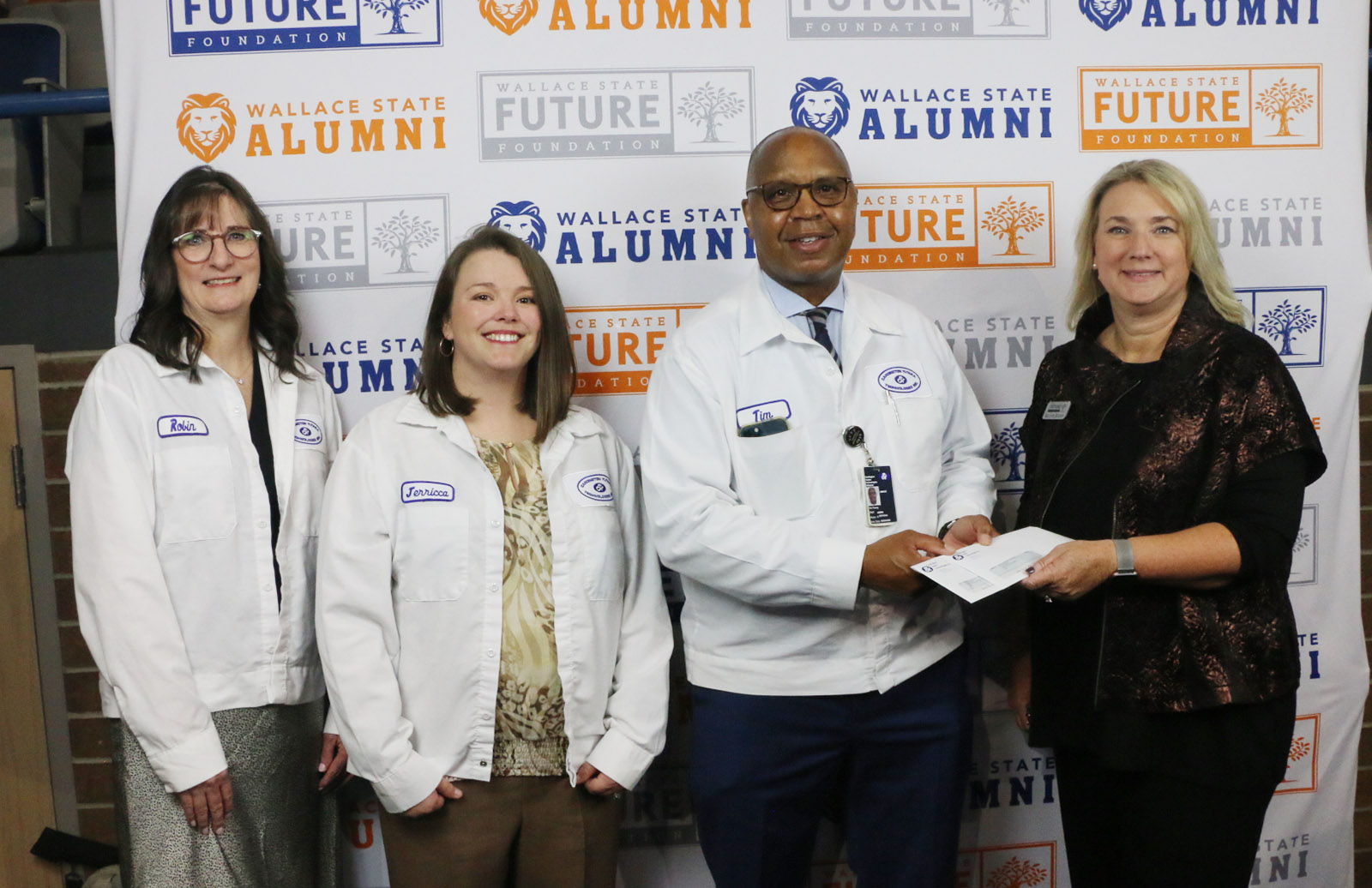 Employees from Yutaka present $10,000 in donations for its scholarship fund. Pictured from left are from Yutaka, Robin McCraw, Jerrica Pratt, Tim Young, and to Suzanne Harbin, Vice President for Advancement and Innovation at Wallace State. 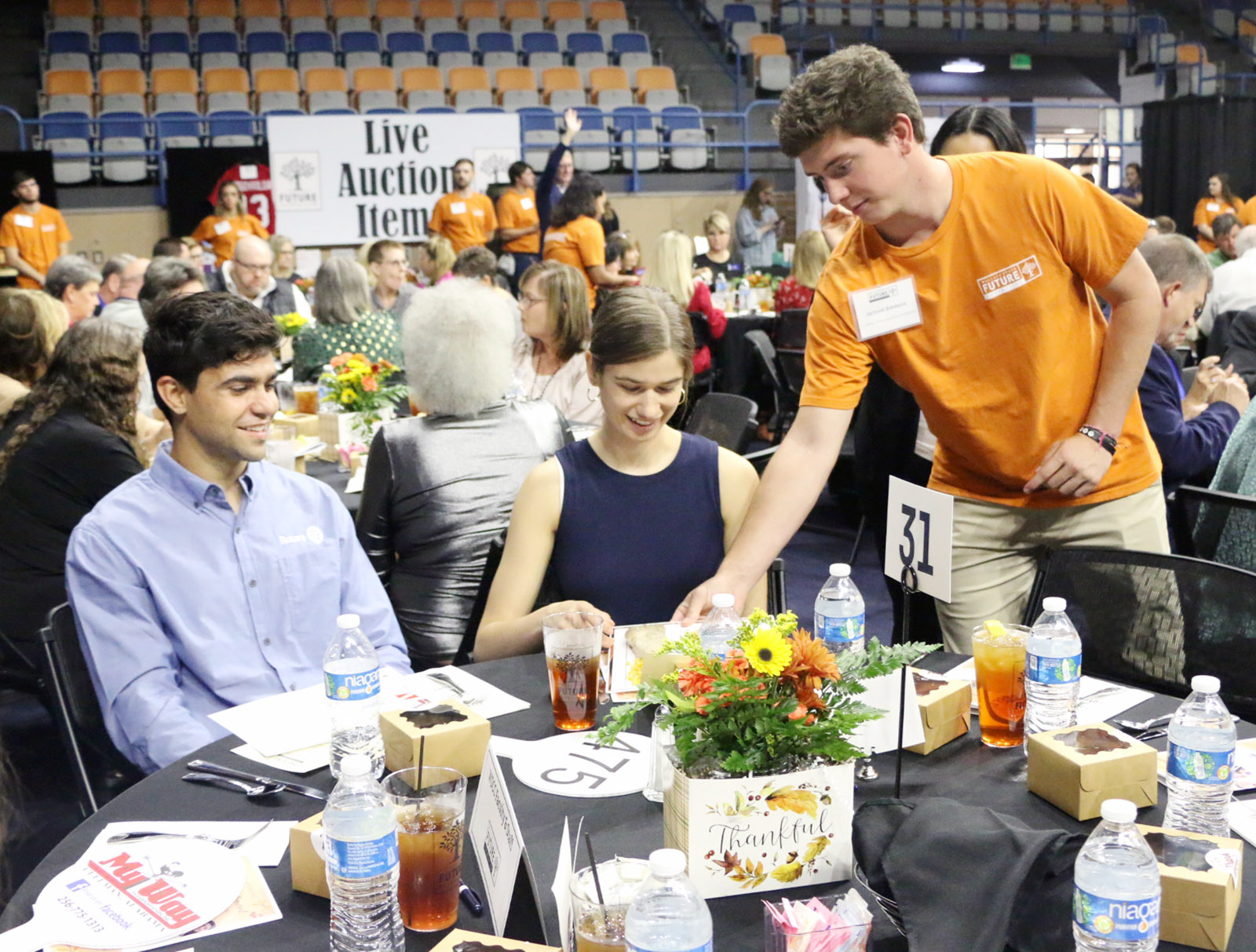